Creating a changelog is a usual task if a new software version is going to be released. It contains all the changes which were made since the last release and is helpful to remember what has changed in the code and to be able to inform the users of our code.

In many projects, creating the changelog is a manual process that is often undesired, error-prone, and time-consuming. This article describes some tools that can help to automate the changelog creation based on the Git history.

Let’s start with some basics.

Semantic Versioning (SemVer) is a de facto standard for code versioning. It specifies that a version number always contains these three parts: 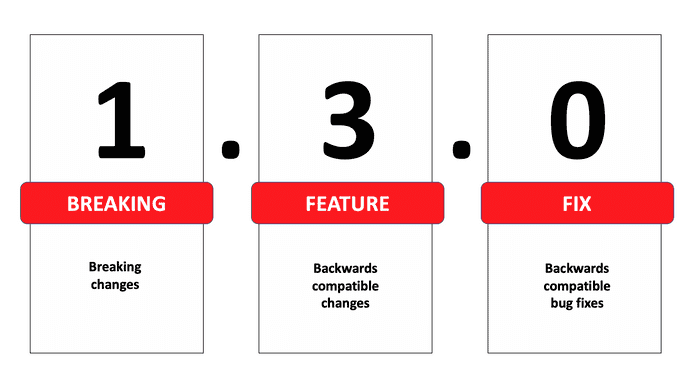 The Conventional Commits specification proposes introducing a standardized lightweight convention on top of commit messages. This convention dovetails with SemVer, asking software developers to describe in commit messages, features, fixes, and breaking changes that they make.

Developers tend to write commit messages that serve no purpose. Usually, the message does not describe where changes were made, what was changed, and what was the motivation for making the changes.

So I recommend to write commit messages using the Conventional Commits specification:

An example of such a message:

The commit type <type> can take one of these value:

Other types like chore:, docs:, style:, refactor:, perf:, test: are recommended by the Angular convention. These types have no implicit effect on semantic versioning and are not part of the conventional commit specification.

Now we can start to automate the changelog creation.

I will demonstrate the usage based on this demo project which was initialized running npm init and git init.

The next step is to install husky, which sets up your Git hooks:

Then install commitlint with a config, which will be used to lint your commit message:

As we are using config-conventional we are automatically following the Angular commit convention.

Now we need to tell Husky to run commitlint during the Git commit hook. We can add it to the package.json

alternatively to a .huskyrc file:

Finally, we create a .commitlintrc.json file which extends the rules from config-conventional:

Running git commit with an invalid message will now cause an error:

and valid commits will work:

Now we are safe and can guarantee that only valid commit messages are in our repository.

Finally, we can create our changelog from our Git history. First step is to install standard-version:

Now we can create some npm scripts in our package.json:

The changelog generation can be configured via a .versionrc.json file or placing a standard-version stanza in your package.json.

In our demo we use a .versionrc.json file based on the Conventional Changelog Configuration Spec:

The first release can be created by running npm run release -- --first-release in the terminal:

An exemplary CHANGELOG.md could look similar to this one: 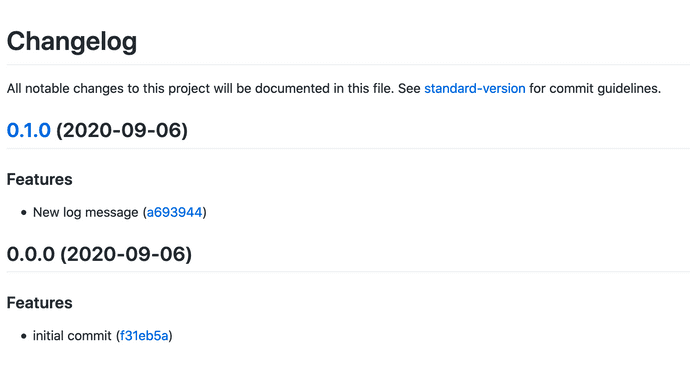 What I like is that the changelog is divided by the type of commit, it contains links to the specific commits and link to the diff of the version.

Of course, you can always edit the auto-generated changelog to make it more readable though. The generated changelog Markdown text can be pasted into GitHub releases so that it shows up next to each release tag. There are a lot more options in the tools to customize linting commits or the changelog generation.

For lazy developers like me, an automatic changelog generation is a nice tool that saves me a lot of time. Additionally, we have better commit messages in our code repository as they follow an established specification.

It needs some time to get used to the commit convention. You could encounter some discussions in your team as all code contributors need to follow the convention. The Git hook solution should catch the wrong messages as early as possible but you could also add a guard in your CI/CD pipeline.

In my opinion, it is worth the effort to introduce the Git commit convention and the changelog generation in projects. We as developers do not need to invest much time & brain capacity for the changelog generation and have a helpful document where we can look up what has changed between our software releases. Additionally, we can easily share this with the users of our software so that they also see what they can expect from each new release.